Several West Indian territories, served by the University of the West Indies, have embarked on the large-scale importation of dairy cattle from North America with a view to developing dairy industries. Stimulus for this development has come from a decline in the value of the traditional export crops and the apparent success of tropical Puerto Rico in creating a dairy industry with exotic cattle. Two major factors contributing to the Puerto Rican achievement seem to be the provision of improved nutrition and an environment free of cattle-fever ticks. Unlike Puerto Rico, Trinidad and other West Indian islands are infested with Boophilus ticks and, in Trinidad, introduced cattle have suffered an illness characterized by fever, anaemia, jaundice and sometimes death, occurring about two to six weeks after the animals were put on tick-infested pastures. Both bovine Babesiasis and bovine anaplasmosis have been recorded in Trinidad, and Boophilus ticks are reported vectors of both. Indeed, both diseases may occur simultaneously in the same animal. 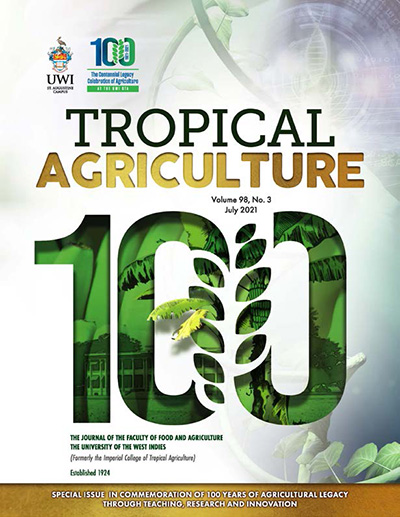